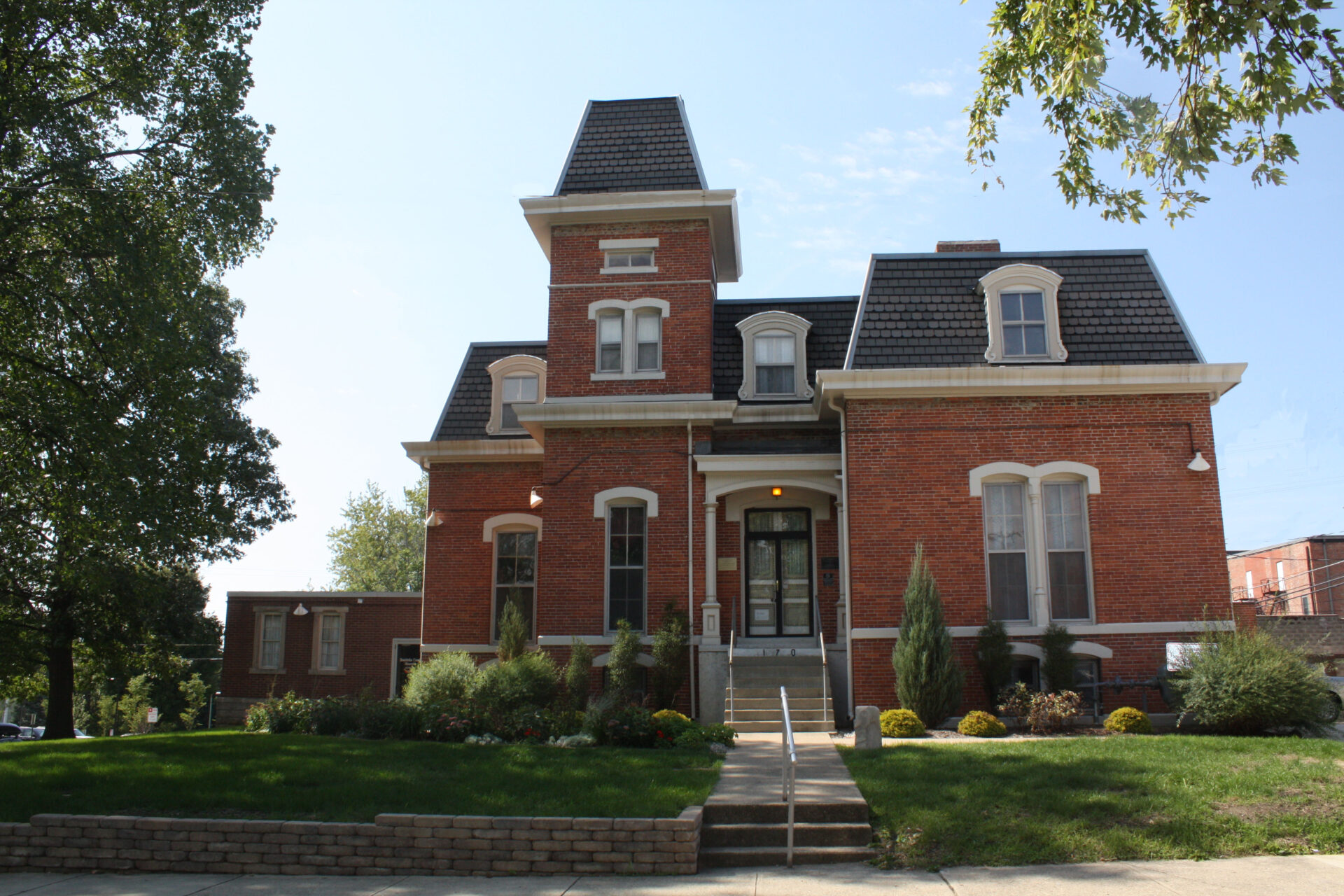 The third jail and Sheriff’s Residence (Now the museum building) was built in 1866 at 170 S. Washington Street. The jail facility had two sections, one for the women and the other to house the men.

The “Ladies” area had two cells, with a shower located in the rear of the cells. Generally, within a year the average number of women prisoners was between fifteen and twenty-five.

The Men’s area contained four cells. Each cell contained two bunks, with wall brackets mounting two more above. Originally, hammocks were used as bedding. Later, mattresses were provided to sit on the steel racks. A shower was added to the women’s and men’s area when plumbing was added to the facility. 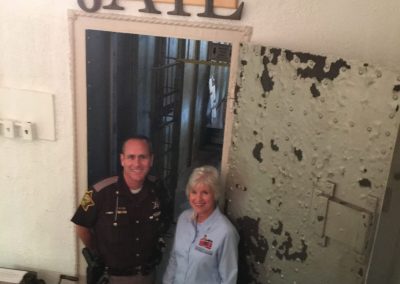 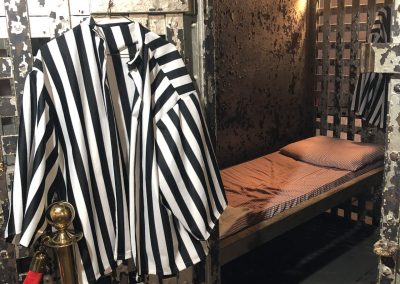 Early inspection records indicated that prisoners bathed in a metal tub. The jail was used from 1866 until August of 1974, when the present jail was built.

Visitors may go into the cells to view the graffiti on the walls and imagine what it was like for the inmates.