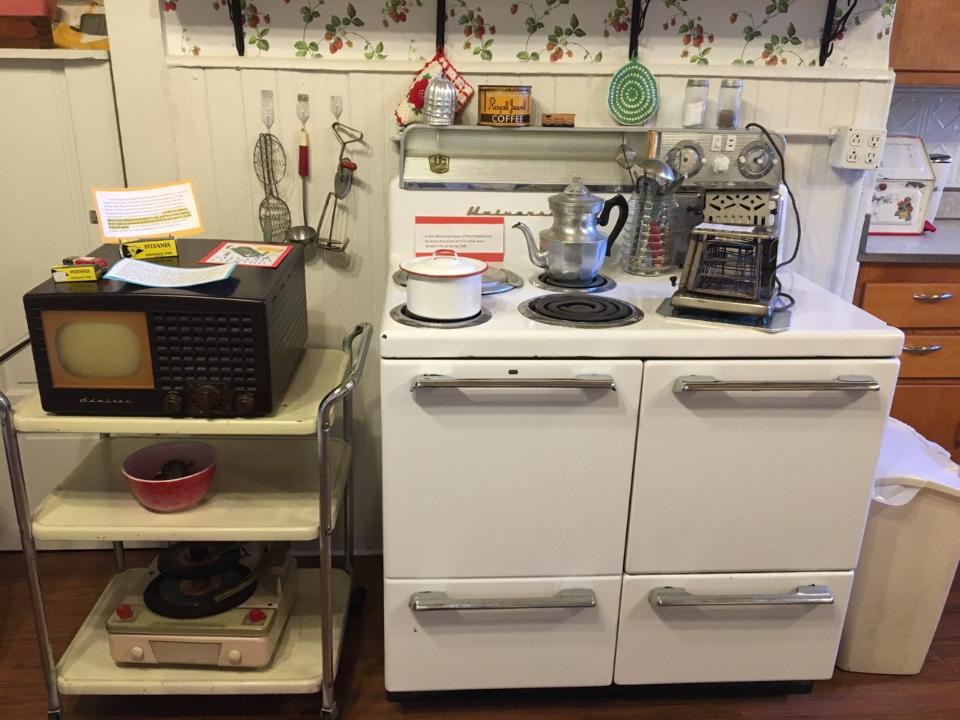 Some items of interest in the late 1800s kitchen include: a tin bathtub, (A 1902 Sears, Roebuck & Co. catalog calls it a “hat style bathtub.”), a cook stove that used wood or coals for fuel, a fire-less cooker, which was an early version of the crock pot, a dry sink and many kitchen utensils. There is an early 1900’s telephone. To place a call, the user turned the crank on the right side to generate the electricity to connect with the operator, who made the connection to the party being called.
The 1940s kitchen often prompts visitors often to remark “I remember this. It looks like what our home was like or my grandparent’s.” An early television amazes young people because it was so small, Fiesta dishes, as well as the autumn leaf pattern dishes are displayed, which women bought from the “Jewel Tea” man a peddler who drove his truck to homes. The room is bright and inviting. 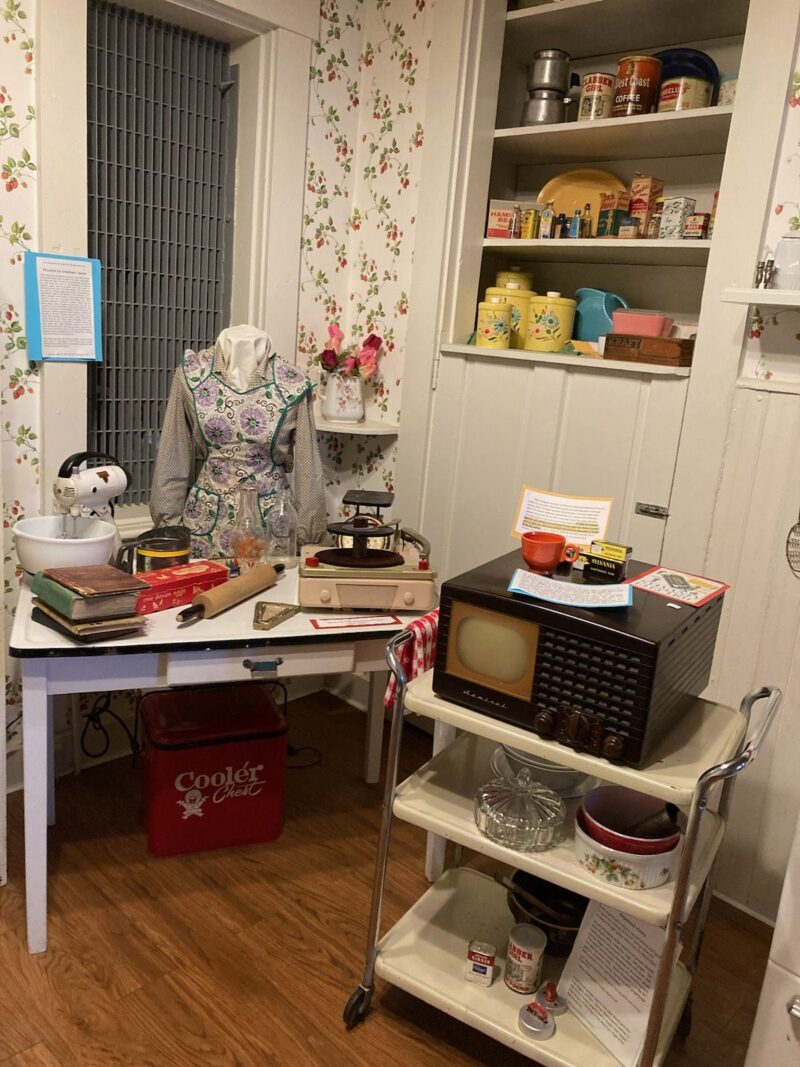