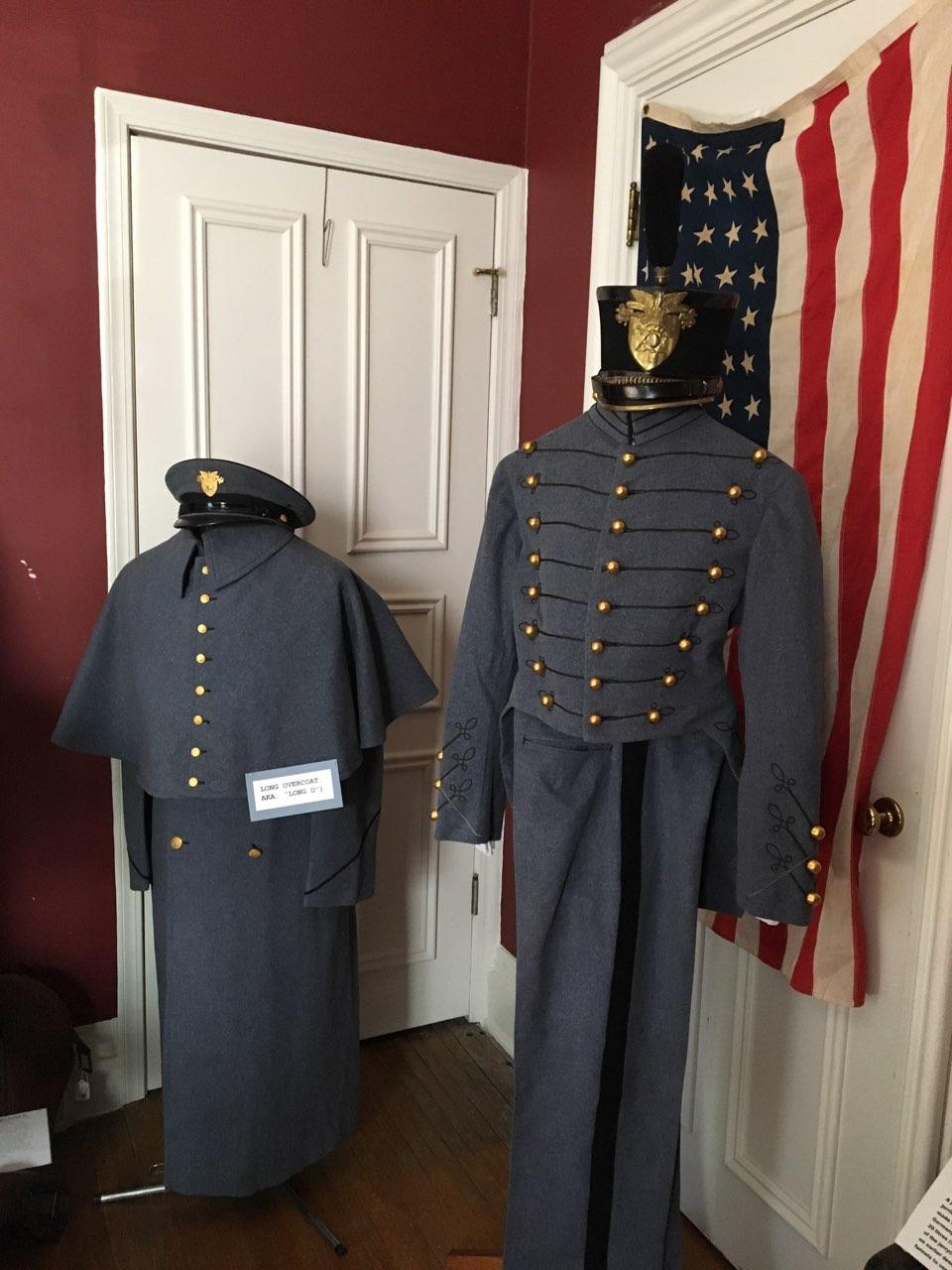 Two display cases are dedicated to the Civil War with references to Hendricks County soldiers that served during that period. On display are items that were used in the conflict. A major feature is the Civil War uniform of Col. Abel Streight who escaped from a southern prison camp and with others made his way home to Indiana. A hands-on musket is available for the visitor to hold providing them a small idea what the soldier had to carry into battle.

Two separate cabinets offer items from World War 1 & World War II. A third cabinet has miscellaneous items from the Civil War to the Gulf War. Exhibits are changed periodically to offer the visitor new items for viewing. The Museum features the soldiers/sailors of both genders from Hendricks County and their exploits during their service for the United States from what they wore, what their duties were & even what they ate. These questions and many more can be answered by a visit to your Museums Military Room. 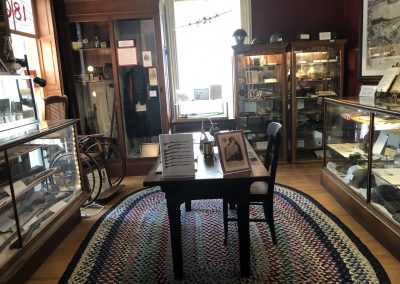 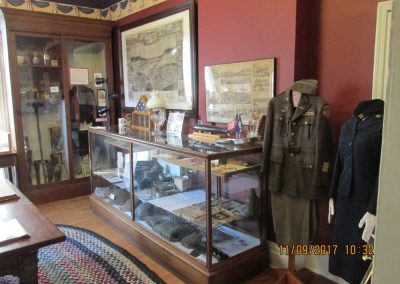 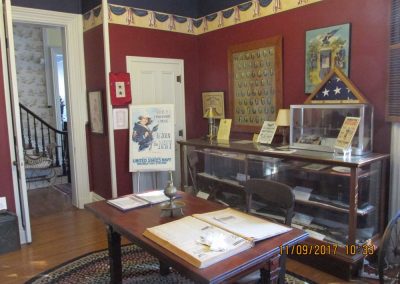 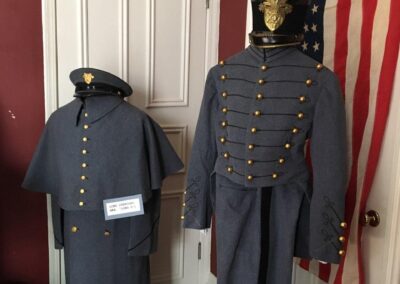 The following certificates are located at the museum:

Sons of the Veterans of the United States of America