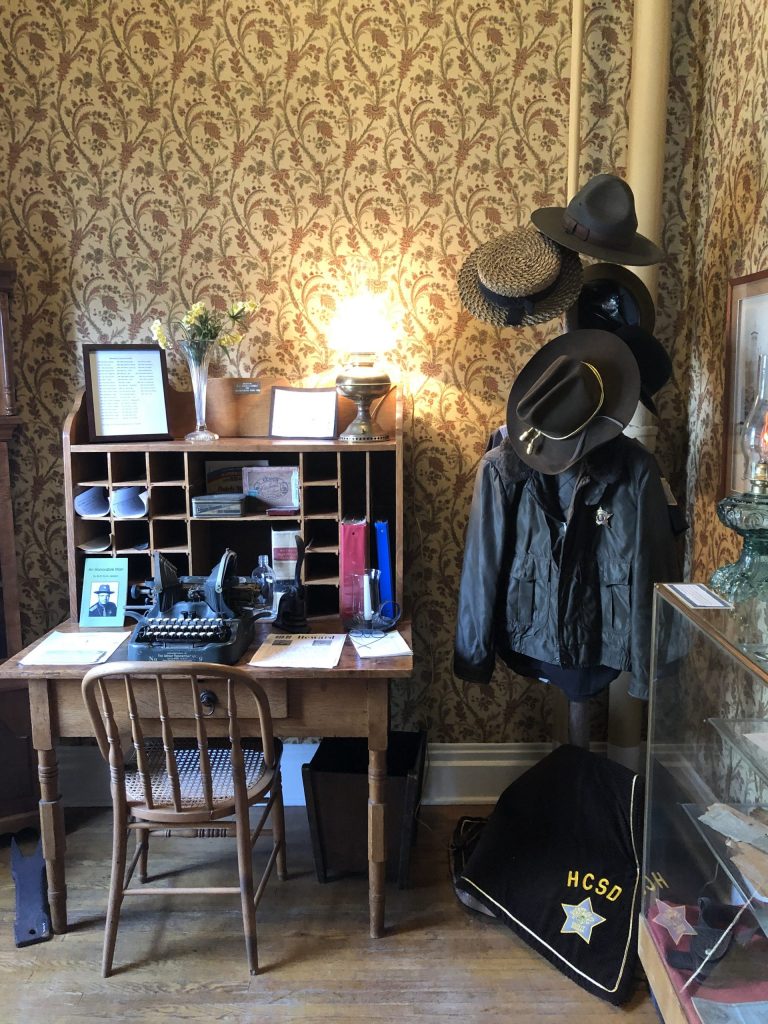 In the sheriff’s room, there is a set of keys used in the building with other items from former sheriffs. There is a notebook with family histories of the former sheriffs. Several pictures are featured of the men who served here. The museum would like to add to the collection if anyone has pictures to share.

We would like to have pictures of each sheriff for our display. Those we need are: